From a company to an ecosystem

The $ESSS curation token, and a future beyond music

We’re building a full-stack, fully-attributed collaborative creative ecosystem which is free to use and where all participants share in any value realised. 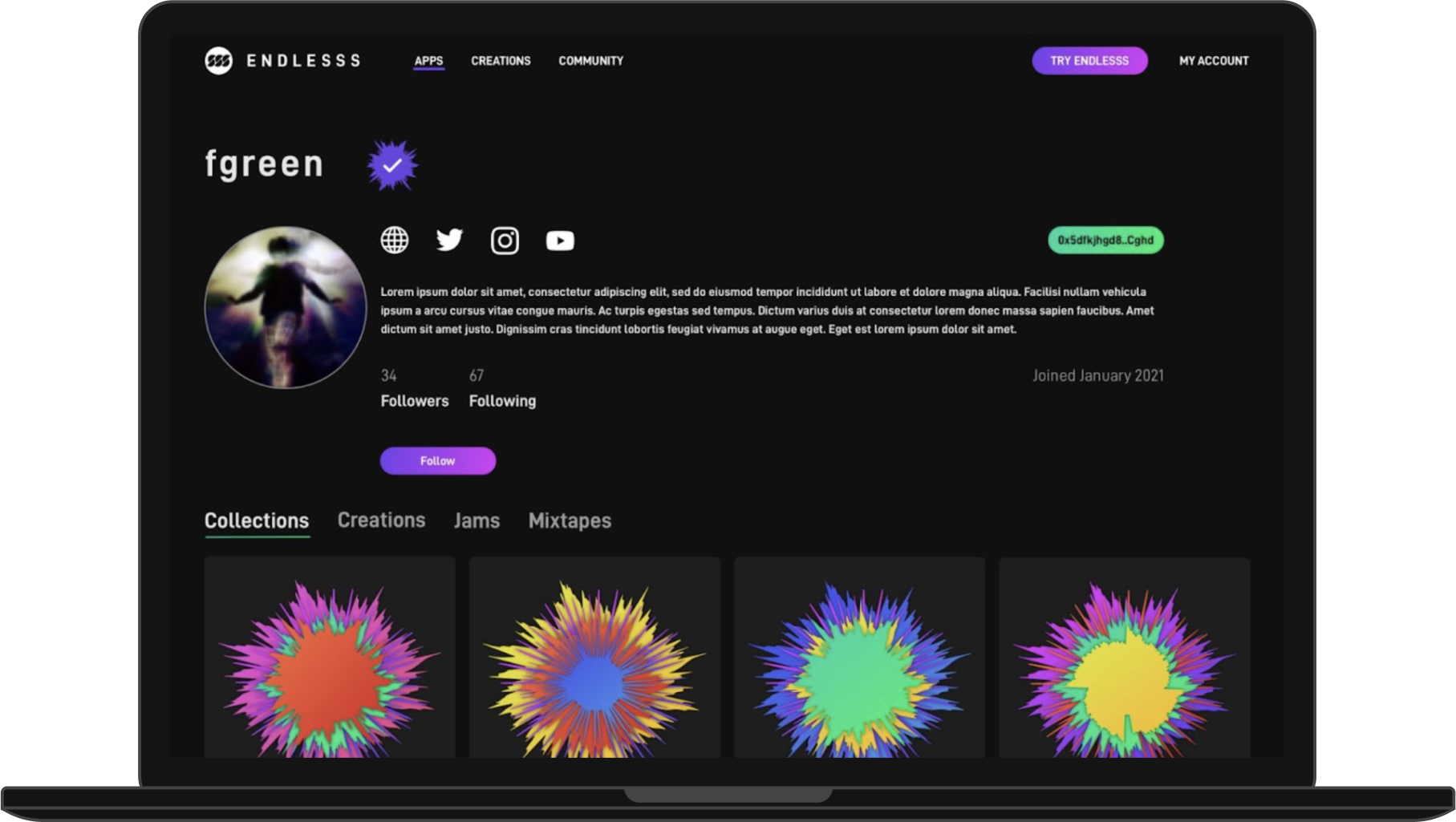 5.1$ESSS and the Endlesss community

The beating heart of Endlesss is the community that has formed around the product we’ve built. The $ESSS token will empower holders to curate the Endlesss ecosystem and vote on proposals for community grant schemes. Community members can also earn $ESSS through their activity in the ecosystem.

We believe it’s a social and economic imperative to give those who add value to our digital ecosystems ownership and sovereignty over what they create.

Use your $ESSS to support and promote your favourite people and jams, build your reputation and get rewarded by those you back

A community $ESSS fund will support the next generation of digital creators and toolmakers through grants. Hold $ESSS to have your say in which projects get funded.

$ESSS will initially be distributed to parties that have brought Endlesss to where we are today: early investors, supporters who bought licenses for the software, those who have been the most active on the platform and the core team. A portion will also be made available for sale.

Autonomous community working groups will take on key functions of the ecosystem, each with their own $ESSS budget which they can decide how to allocate to achieve the goals. 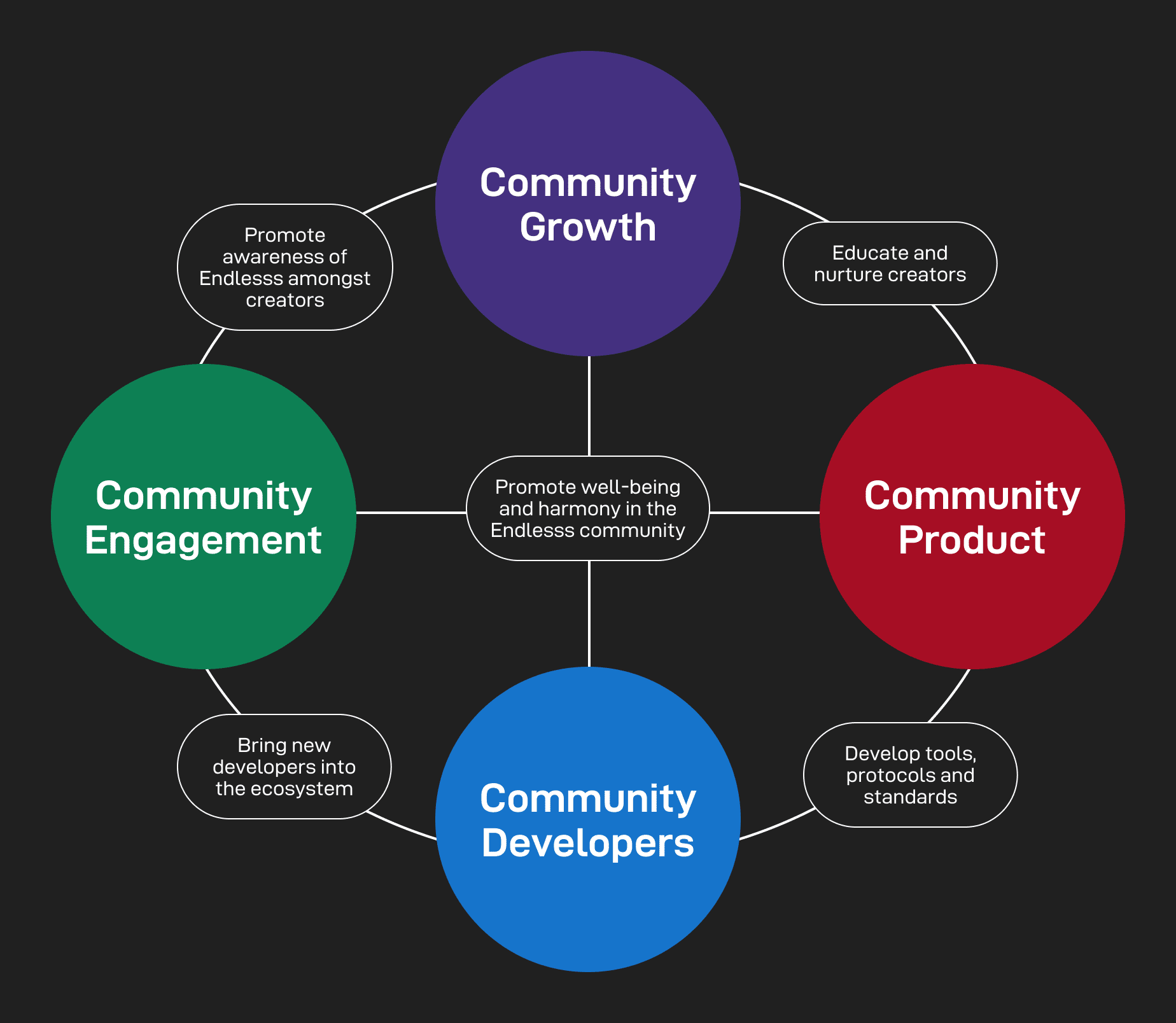 These working groups are already in place and making progress today, each led by a community coordinator appointed by the Foundation for 'season 1', H1 2022. In future seasons, the community will be encouraged to appoint their own coordinators as leaders.

5.5Relationship between Endlesss Ltd and the Endlesss Foundation

As we transition to an open-source community-owned ecosystem, the Endlesss Foundation will contract Endlesss Ltd to:

Additionally, the Endlesss Foundation will purchase a perpetual license from Endlesss Ltd to:

As the ecosystem reaches maturity, Endlesss Ltd will become one amongst many other toolmakers in the ecosystem. Toolmakers will generate revenue from royalty splits where value is realised from works created using a toolmaker’s tool.

5.6A future beyond music

Having witnessed the magic that happens when people come together to collaborate freely, effortlessly and conversationally on Endlesss, we believe conversational collaborative creativity should not be limited to music but expanded to any medium that the community wishes to build tools to create.

Our focus will be on creating open protocols for creation and jamming, so that other services can build on top of the Endlesss infrastructure, and we can create new opportunities for collective creativity, together.

The next stage of Endlesss is coming soon, sign up to be part of it

Previous Sections
0
Overview
Learn more about where Endlesss is today, and where we're going

5
From a company to an ecosystem
Endlesss DAO, $ESSS token, and a future beyond music